It’s nearly Super Bowl Game Day, and instead of turning to your old greasy favourites why not change it up this year?  Add some more veggies to the living room table with these spicy buffalo  “wanna be” wings.  I used caulflower, over other vegetables, because of it’s ability to roast up all sweet and caramelized.  **Daydreaming…  I love roasted cauliflower…  I love hot sauce — So this was completely a no-brainer. 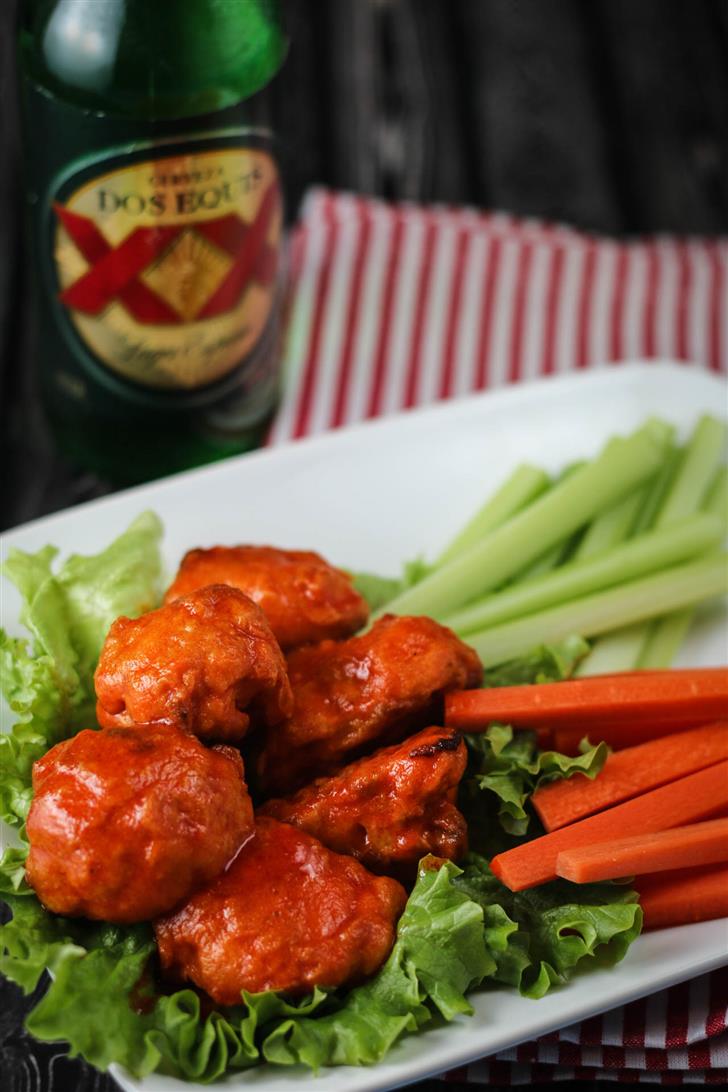 Don’t get ahead of yourself, I’ll try to break it to gently.  These “wings” aren’t magically going to fool you that you’re really eating a chicken wing.

I hate to say it, but as amazing as they are — there’s no choice of drumettes over the split wing pieces, there’s no bones, there’s no gristle or soggy skin either. BUT — It you’re looking for a healthy alternative to the wing “flavour,” then you’re in luck.  It’s caramelized, with a crunchy coating, and then covered in a velvety hot sauce.  I’m sold. 🙂 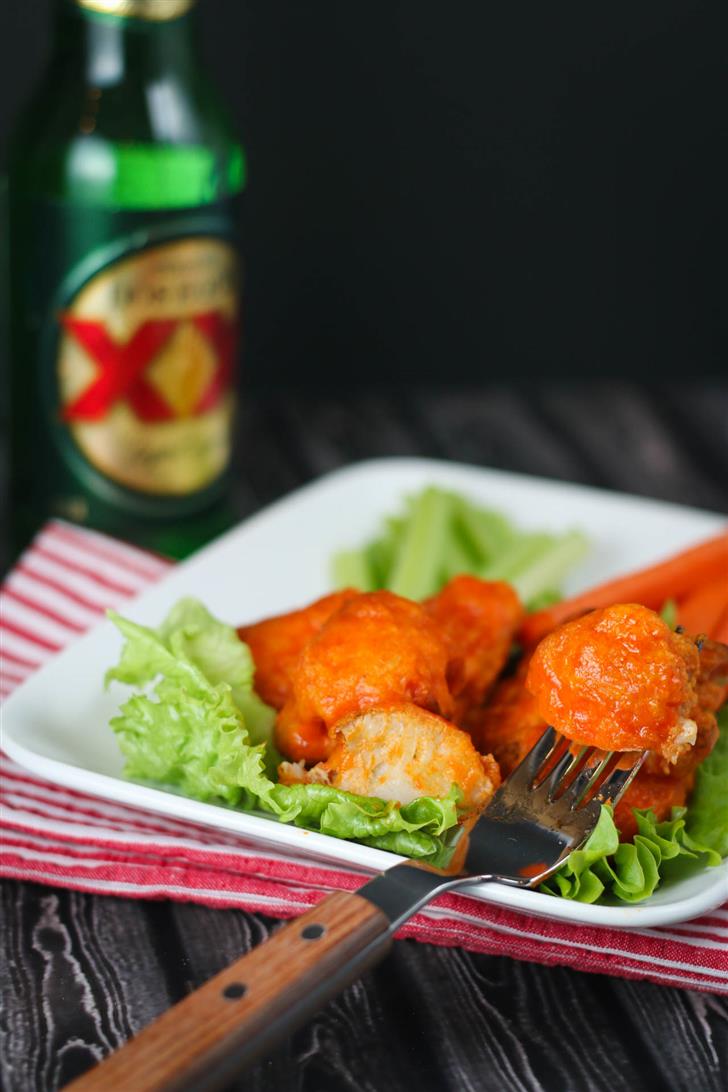 My husband preferred his without the sauce, being the spice wimp that he is. (Don’t tell him I called him that) 🙂  And he would concur that they are “guy approved” without the sauce, so don’t put it off anymore. Add the ingredients to your game day party shopping list… now! 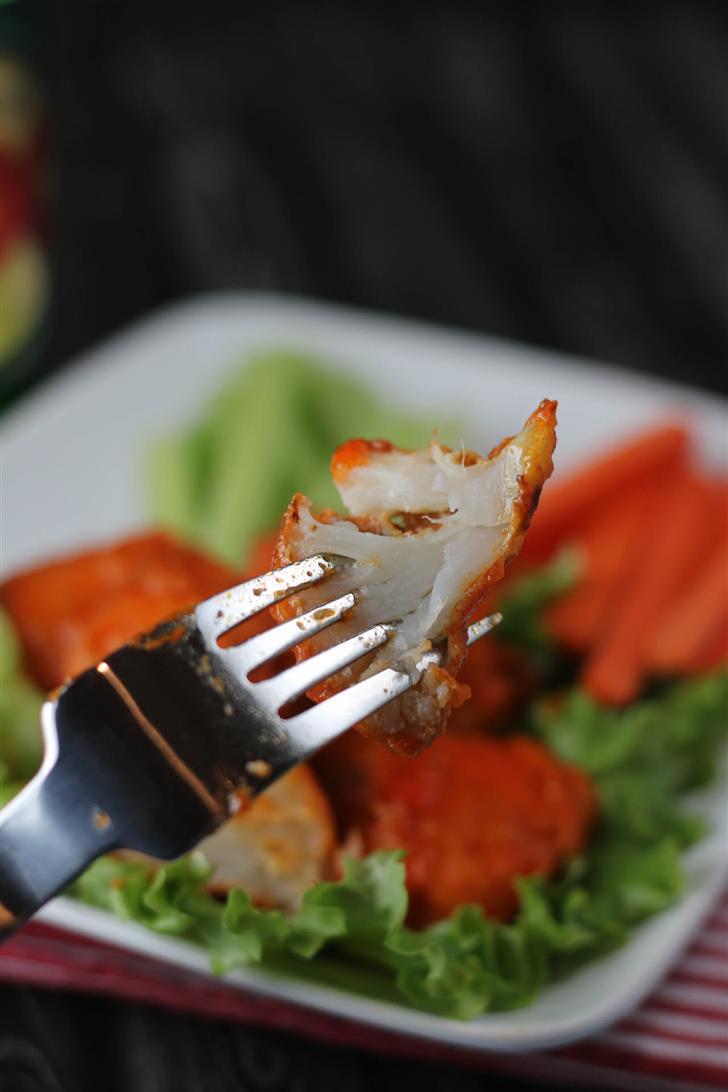 When creating this recipe, I was looking for a flour that would crisp up nicely. The answer was Rice Flour.  I’ve used it in the past with some Asian Recipes, and it worked fabulously to crisp things up.  Next questions was, how do I make the flour stick to Cauliflower? Water seemed kind of weak, and in my BPB (Before Plant Based) days, I would have used an egg wash.  So what’s the plant based alternative — A “flax egg.”  Usually you would mix one tablespoon Flaxseed Meal (ground up flax seeds) with 3 tablespoons. But in this case, it was way too thick, especially after it gelled up.  So it’s diluted by almost 3 times as much water.

And the result?  Well, you’ll just have to try it and see!  I have a feeling you won’t be dissapointed, and neither will your guests come kickoff time. 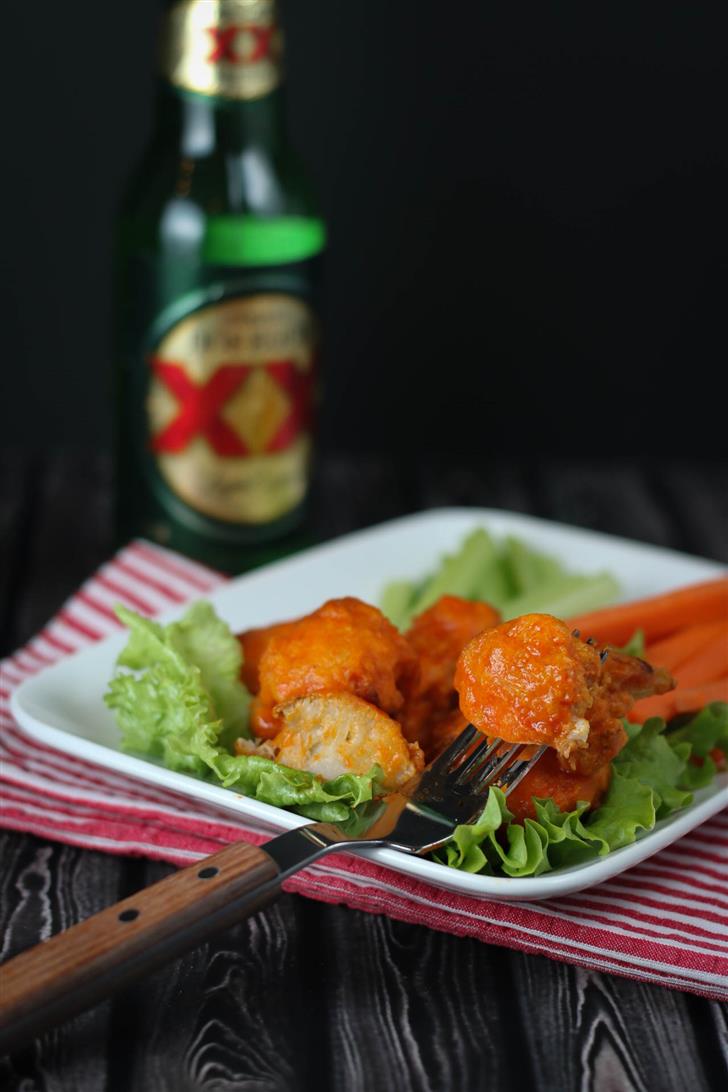